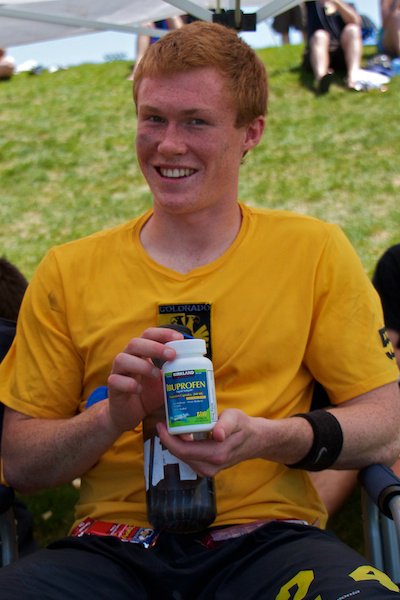 ‎”Jackson Kloor, a 4th year cutter out of Colorado has game changing speed and explosiveness. Showed inconsistent hands early in his career but has the upper body strength and quick feet to beat pressing man coverage. Will take advantage of a poaching defender, lose him for a second and he’s gone. Long strider with excellent top-end speed and it translates to film. Tracks the deep shot well and can adjust to it without taking his eyes off it. In recent years he’s shown the ability to elevate to get the disc with one hand. The use of gloves have greatly improved his confidence which has made him a very effective club player. He made waves at the Combine with exemplary showings in the 40 yard dash and broad jump as well as coach interviews where I’m told he showed tremendous character and love for the game. He’s truly lived up to his Showtime image, he’ll be that red flash blowing by defenders for the foreseeable future.“