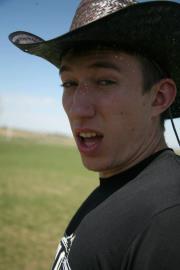 ‎”Jack McShane, a 6’0” 170 lb handler out of Colorado is a rare combination of brash confidence and humble play. One of the more talented players on exceptionally talented teams his entire career, Captain Jack never received the national talk of some of his teammates but quietly has earned enough respect to be named captain of Johnny Bravo in only his 3rd season, his 1st out of college. Intelligent, driven and grounded. Takes well to coaching. Outstanding work ethic. Has developed into a very good leader. Knows when to push teammates and knows when to protect. Well-respected by teammates and a proven winner. Rare grasp of the offense, both micro and macro. Ideal mental and physical toughness. Hangs tough in zone O and unfazed by defender physicality. Can bounce back from mistakes. McShane was named in a number of anonymous magazine polls asking current players for the most frustrating person to guard. On D, he has shown the ability to guard both tall and short, speed and savvy, and despite being relatively young in the sport, is one of the more cerebral players in the game. No significant off the field issues, was reportedly involved in an altercation in a dive bar where he allegedly told a rival pool player to “suck the [expletive]” a number of times. Was recently featured in the Us Weekly “Just Like Us” section wearing sweatpants in a local Boulder restaurant.”